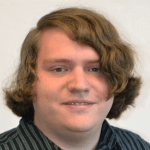 Mark finished high school and started college, but decided it wasn’t for him. After working a couple of jobs that were going nowhere, he found his way to Onshore through word of mouth and he been growing professionally ever since.

Mark took the test and entrance exam online and a couple months later, was participating in Training Academy, where he learned the skills needed to be successful at his job. Unlike college, he learned by doing and teaching and not by sitting in a chair listening.

The Training Academy and Mark were made for each other. It gave him the opportunity to achieve his dream—“to grow professionally”—by always learning new skills and adapting the skills he already knew. Always learning and growing, Mark is bettering his life and building a successful IT career at Onshore that he loves.